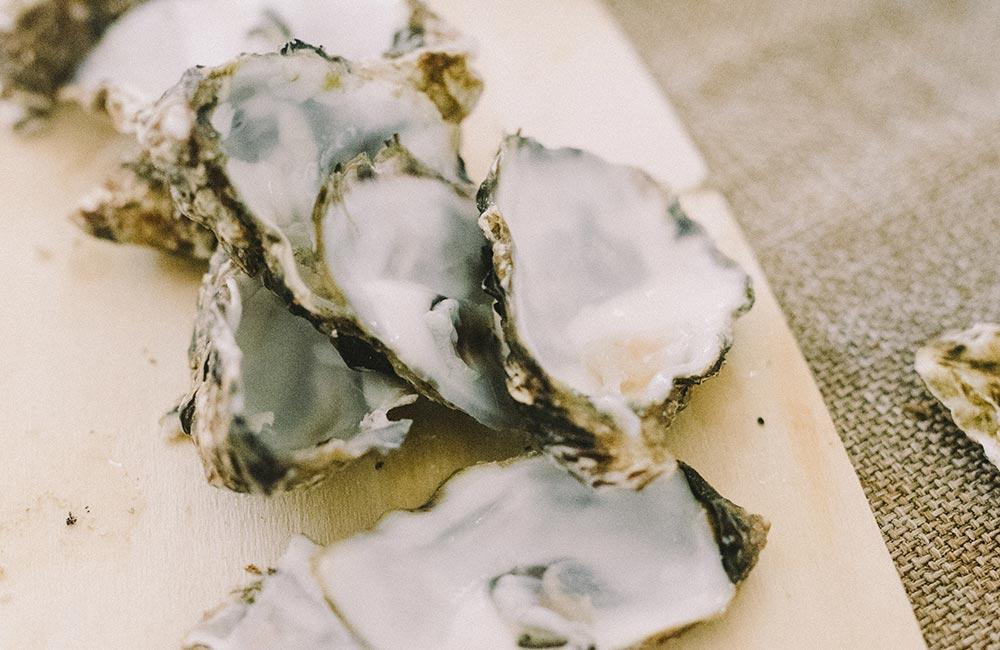 For almost three centuries, Richard Haward’s Oysters have been cultivating and supplying some of the world’s finest shellfish. This family dynasty of oystermen are now in their eighth generation in Mersea, where they’ve been farming oysters from the River Blackwater since 1732, passing on the rich history of this ancient tradition from father to son.

“Mersea is where the Romans discovered the native oyster around 2,000 years ago,” says Tom Haward, who oversees the business with his father, Richard. “In the early 1700s, my fifth great grandfather, William Haward, started to cultivate and farm oysters, encouraging them to reproduce in the wild, with a view to selling them on to another market in London. Eight generations later, we’re still doing it using the same methods, which haven’t really changed since the 18th century.”

Indeed, the process of oyster farming is a practice as time-honoured as the seafood itself. The key to cultivation is sourcing the shellfish from deeper waters, and moving to shallower, more nutrient-rich areas, where they’ll have access to better food and water, enabling them to grow and improve in flavour. And with their high zinc and magnesium content, Haward’s are unmistakable.

“The best food for an oyster is in the first one to two metres of water,” Tom confirms. “In Mersea, the surrounding marshland is where all the nutrients are, with the tide going in and out, and the nutrients being drawn to the marshes. The oysters drink and filter that water, and absorb those nutrients, which is what gives them that punchy flavour, and helps fatten them up.

“I always compare oysters to grapes. Just as a grape is influenced by its environment when making wine, so too does an oyster essentially absorb the flavours of where it grows. Because Mersea has so much marshland, as the tide comes in and out, the flavours of lavender and heather from those marshes are being taken by the sea water, which the oysters are then drinking, creating their big, punchy flavours.”

Natural sustainability is paramount, and oysters in particular boast a unique means of keeping Mother Nature on side. By purifying the water they’re grown in, both native and farmed varieties sequester nitrogen and CO2 from the atmosphere, making Tom’s job all the more rewarding, knowing that he’s doing his bit for the environment.

“The more oysters there are, the better quality the water is,” he explains. “We’re helping the ecosystem to flourish, as our oysters are cleaning the water, and creating a really healthy environment. I’m not sure there’s an industry that’s much more naturally sustainable than that; it creates this wonderful cycle, where we’re taking from nature, but giving back to her at the same time.

Of course, our own history is intrinsically linked with that of Tom, Richard and the Haward family. At Sankey’s, we’ve been selling their oysters in our fishmongers and restaurants for decades, building invaluable relationships from one generation to the next – something that both Tom and Richard take great pride in to this day.

“Dad has always had this tension between being an oysterman and a salesman,” considers Tom. “He’s really good at growing business with restaurants, and looking for people to come on board and invest in our oysters. It’s more than just a transactional relationship, as it’s important to invest in the story of whoever we supply, just as much as hopefully they’re investing in ours.

“With Sankey’s, that relationship is blooming and developing, and I’d like to see it grow a lot more, so that we can both really engage in what we do. It gives context, and I always think that chefs and restaurants need that for what they’re cooking or handling. I’m very passionate about it being not just business, but a partnership.”

While the prospect of inheriting a world-famous legacy may be off-putting for some, Tom welcomed the opportunity with open arms. As one of four adopted children, he’s seen first-hand throughout his life the positive impact that his father’s work has had on the Mersea community, and took little convincing to roll up his sleeves and pick up the baton.

“It’s quite an intimidating legacy sometimes!” he admits. “But it’s like a magnet that you get drawn to; there’s so much history, and you want to carry it on. There’s definitely a pride in that history and what we do, when I think about the hundreds of people who’ve worked for the Hawards over the last 300 years, and how our family has been so involved in the community in regard to employing people and giving back. I always feel quite humbled that I can be a part of that.

“I’m retracing the footsteps of my dad, and his dad, and so forth. I think we’re the oldest oyster-cultivating family in the world, and when my parents adopted me, they gave me this amazing life and legacy to be a part of, which I couldn’t not carry on. They’ve done so much, and brought me into this community and history, so I want to do it right, and make sure everything we do is positive, both for our family and business, but also for nature and the environment. If you’re doing something that you’re passionate about with integrity, it organically grows.”

But it’s not just Mersea that provides the setting for the Haward narrative, as London’s Borough Market has become equally instrumental in more recent years. They’ve been selling their wares at the iconic Southwark food and drink hub since 2002, acquiring a permanent licenced stand on Stoney Street, where Londoners and tourists alike can come and try the molluscs for themselves.

“Borough Market is a fascinating place, and when we were given the opportunity to have a unit, that changed everything,” reflects Tom. “It’s been incredible and absolutely transformed the business, because it meant that people could actually sit and eat our oysters with a glass of wine. We shuck 10-12,000 oysters a week there, and I still can’t get over how busy it is – it’s mind-blowing.

“It’s really opened up some amazing potential to grow our business. I think we’re the busiest stall in the market at times, with people queuing for up to half an hour to buy our oysters! It’s a fun atmosphere and doing wonders for our brand, which has been able to expand into other areas that we wouldn’t have thought of, or been able to tap into.”

With 70% of their Borough Market trade now coming from the Far East, Tom and his team are exploring further avenues into Asia. And while diminishing native oyster stocks have turned the market on its head – shifting seasonality to summer, rather than the traditional September to April – Tom knows that the distinctive flavour of Haward’s will endure for many more generations to come.

“Our oysters taste very different to, say, an oyster from Jersey, which might be a bit rockier and sandier, or up in the lochs of Scotland, where there’s very clear water,” he concludes. “I’m confident in knowing the difference in flavour, because oysters do very much taste of where they grow, and I think there’s something very special about them.

“I notice a big difference in the taste, because your palate likes different things; some people love our oysters because of their strong, intense flavours, while others might prefer something with a bit more sweetness to it, so an oyster is like wine in that it’s quite a subjective thing. Ours have a real depth of flavour, which is why I think they’re so famous around the world.”