Buy One, Set One Free with The National Lobster Hatchery 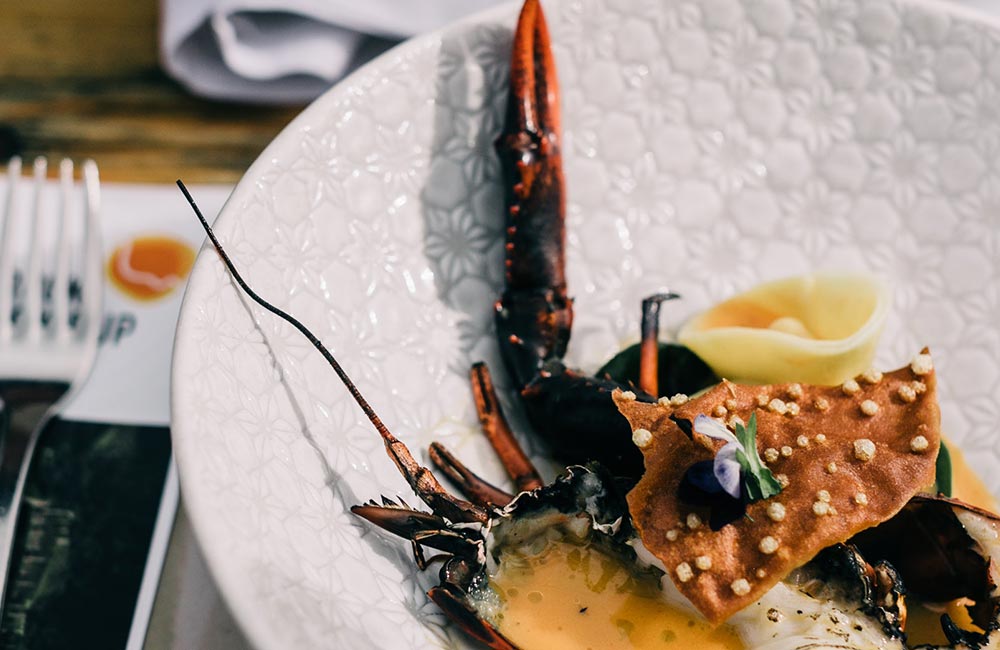 As a conscientious seafood brand, sustainability is at the heart of everything that happens at Sankey’s. To that end, we do our part in preserving our oceans’ crustaceans by partnering with The National Lobster Hatchery; based in Padstow, this pioneering marine conservation, research and education charity specialises in sustainably rearing and releasing European lobsters into the wild.

“We opened in 2000, initially to help support the sustainability of the lobster stocks around Cornwall and the Isles of Scilly, against a backdrop of stock decline around the late ‘80s and early ‘90s,” says head of production science and development, Dr Carly Daniels.

“A larger backdrop to that was complete stock collapses seen across Scandinavian countries, which haven’t recovered to this day due to overfishing. We set out to rear lobster larvae through their vulnerable stages as plankton, before releasing them back into the wild to help support the sustainability of local stocks.”

As a global centre of expertise, the team’s efforts are now recognised on the world stage. The Hatchery welcomes over 45,000 visitors through its public education centre each year, while the work conducted has improved larval survival rates from one in 20,000 to around 1,000 times’ that, with more than 52,000 juvenile lobsters released in 2014 alone.

A decade after the charity’s inception, Matthew Sankey saw an opportunity to collaborate during a visit to the Hatchery, and began spearheading the ‘Buy One, Set One Free’ campaign. The premise is simple: For every lobster sold by a restaurant or fishmonger, a donation is made to help the Hatchery conserve stocks, by raising and releasing baby lobsters back into our coastal waters.

“Matthew loved what we were doing, and could see the relevance to his own industry,” explains business development manager Clare Stanley. “He was really into the idea, and was the first to do it as a restaurant and fishmonger, which meant that his customers and diners could be involved too. He’s a great ambassador and patron for the scheme, and spreads the word all over.”

Today, visitors to all four Sankey’s sites can get involved with the ‘BOSOF’ initiative. As well as fundraising a total of £32,000 to date – equating to between 7,000 and 8,000 lobsters released – Matthew and our staff ensure that the Hatchery’s message is conveyed to our customers, who in turn can make a difference in a variety of ways, including ‘adopting’ a lobster of their own.

“All of this is triggered by a very simple passion to ensure that we’re using the resources of our planet responsibly,” considers Matthew. “Sustainability is at the top of everyone’s priorities, and I’m incredibly proud of our relationship with the Hatchery, knowing that I’ve had an impact on the conservation of our British fisheries. For a fish superfan, it really doesn’t get better than that!”

“We educate as much as possible, and that education goes from restaurant to diner, and the whole cycle from sea to plate,” Clare adds. “If we can get that education going with everybody, then it’s helping the bigger picture all the time.”

Indeed, that bigger picture covers not only ecological factors, but economic implications as well. As the most valuable fish caught in the UK, European lobsters are worth £30million a year as part of a major export industry. Without them, small coastal communities would suffer financially, putting considerable fishing pressure on stock, at the risk of vulnerability and, ultimately, collapse.

“Lobsters are worth a massive amount to coastal communities, which rely heavily on fisheries to keep going,” confirms Carly. “Fisheries bring in a large percentage of revenue for places like Cornwall in particular, so it has a substantial impact on the general income for these areas.”

In addition to celebrity chefs like Nathan Outlaw championing BOSOF, the Hatchery has garnered support from dozens of businesses and brands, both nationwide and further afield in mainland Europe. And with the continued efforts of people like Matthew, the sky’s the limit not only for the campaign, but for the sustainable future of our oceans’ vibrant lobster life going forward.

“It’s a unique and tangible scheme, and a very feelgood way of showing support and giving back,” Clare concludes. “These days, everyone’s very aware of sustainability, being ethical, and doing things right, so it’s an engaging way for businesses to show off their credentials, which puts them at the forefront.”

“People really love it, as it’s not like anything else out there,” agrees Carly. “It can be utilised not only by restaurateurs and fishmongers, but any business that wants to support the charity’s work can become a BOSOF member – we already have breweries, vineyards, and even fashion brands on board!

“It’s quite incredible how this scheme has been adapted to suit a variety of businesses that share the common goal of wanting to give something back and be more sustainable. You can make it into whatever you want, with whatever you’re doing – as long as there’s a link, it’s possible!”

To find out more about The National Lobster Hatchery, click here.